Fargesia ‘Winter Joy’ is a stunning relatively new introduction of a strongly clump forming beautiful bamboo producing tight upright clumps of greyish green stems holding fresh green leaves. As it name suggests this Fargesia looks good all year round being both very hardy and useful either a specimen stand alone plant or planted as an ornamental screen. Growing to between 3-4 metres high with an upright slightly fluffy appearance to the top third the lower canes being naturally less leafy giving this bamboo quiet an aristrocratic appearance. Trials here have shown too that Fargesia ‘Winter Joy’ also makes a great candidate for container cultivation. Like many Fargesia this is an adaptable bamboo tolerant of a range of conditions but I would suggest for the most beautiful effect plant in a sheltered location from full sun to dappled shade in a fertile soil, as with most things we recommend adding lots of well rotted manure when planting. Try to avoid waterlogged soils, particuarly in winter.

Fargesia ‘Winter Joy’ is in the family of hybrid bamboos developed by Fargesia expert Hans Verweij by crossing two different species of Fargesia, murielae and nitida which were coincidently flowering at the same time during 2005. The resulting seedling have given birth to ‘Winter Joy’, ‘Viking’ and ‘Obelisk’. 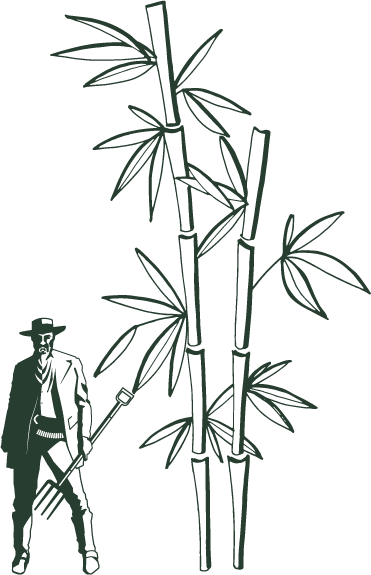