Rated 5.00 out of 5 based on 2 customer ratings
(2 customer reviews)
Please note all images are for illustrative purposes only, depending on the season or time of year the plant you receive may be different than pictured.
Category: Big Leaves 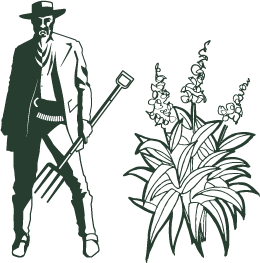 Colocasia ‘Pink China’ is one of those plants that really screams of exotic locations and steamy tropical jungles with large elephant ear shaped leaves supported by deep pink stems it’s hard to imagine Colocasia ‘Pink China’ growing outdoors here in the U.K. But survive it does, growing rapidly during late spring until the first frosts of autumn this really is an amazing Colocasia.

The parent plant Colocasia esculenta is a tropical plant commonly known as Taro which is thought to be one of the earliest cultivated food plants, its tuberous root a valuable source of carbohydrate throughout the warmer regions of the world. It is considered to have originated from southern India and Asia but can often be seen growing naturalised in any suitable climate worldwide. Colocasia ‘Pink China’ is a form originating from growers in the United States and was chosen for it’s amazing vigour, hardiness and colour. It seems crazy that such a tropical plant can survive here but grow it does. Obviously once frosted the leaves will die down but given a mulch of compost over and around the crown – roots it will survive happily in most gardens.

We recommend choosing fertile moisture retentive soil in a warm sheltered part of the garden for best success where it can reach over 1.20cm high and produce leaves 60cm or so long. If you live in a particularly cold region or if you prefer it can also grow happily in a container as long as it is protected or brought indoors for the winter as hardiness is much reduced if the roots are exposed to cold. 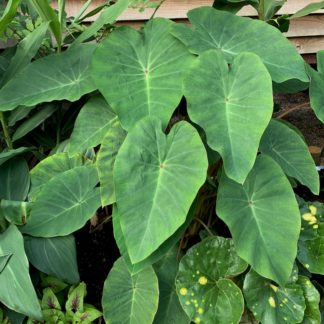 You're viewing: Colocasia ‘Pink China’
Rated 5.00 out of 5
Select options