Agapanthus africanus is a well known and much loved perennial plant from South Western South Africa often known simply as ‘African lily’ or somewhat confusingly as ‘Blue lily of the Nile’ producing instantly recognisable blue or white globes of trumpet shaped flowers supported by sturdy stems often up to a metre high. There is some debate as to weather the plants in cultivate are true ‘africanus’ or are in fact  another very similar species known as Agapanthus praecox or orientalis as it is also known. What matters to us is that ‘praecox’ is much hardier and therefore more suitable to cultivation in cooler climes, it may be that the ‘africanus’ we have here is a natural hybrid, who knows. What I can tell you is that this agapanthus is amongst the largest form we can grow, being evergreen and prolific flowering. There are 2 forms the commonest being the classic sky blue flowered variety with the other being pure white flower.

In the wild they can be seen growing in exposed locations right down to the Cape Of Good Hope where they shrug off the worst the southern ocean gales throw at them, surviving both the cold winds and the salty air often accompanied by drought in summer. What they haven’t evolved to cope with are our cold, frosty damp conditions common here in the winter months so I would suggest planting these agapanthus in milder locations or growing in containers where they can be brought undercover during freezing conditions. A better choice if you live in a cold spot and really want agapanthus in your garden try one of the deciduous forms such as varieties, there are lots, of Agapanthus campanulatus or inapertus.

Agapanthus are generally trouble free, being easy to cultivate given the basic requirements I’ve already mentioned. Choose a sunny position planted in free draining soil and well, let them do their thing. For container cultivation it’s best to improve standard multi purpose compost with the addition of around 20% John Inness number 3 compost to the mix. The occasional drench of a good organic fertiliser such as seaweed feed is our favourite too, encouraging healthy grow, flowers and generally maintaining good health of the plant. Occasionally snails and slugs can take a liking to the new growth, not usually a big problem but worth checking. Oh and don’t forget if you get tempted by one of these big beautiful evergreen agapanthus, and who could blame you, please remember to give shelter should really cold weather appear. 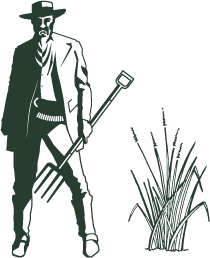 Be the first to review “Agapanthus africanus ‘White’” Cancel reply